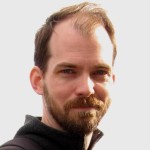 I teach at Eastern Connecticut State University. Appalled (yet also strangely fascinated) by the difficulty of finding eighteenth-century texts at Google Books ca. three years ago, and by the difficulty of knowing what you had found once you did find them, I got the idea to start a web site to gather and preserve bibliographical identifications of those texts. Through a fair bit of trial and error, I learned enough about the open source content management system Drupal to put together a site called Eighteenth-Century Book Tracker (www.easternct.edu/~pauleyb/c18booktracker). Brian Geiger (the Director of the English Short Title Catalogue at UC-Riverside) and I won one of the first Digital Humanities Research Awards from Google to move forward with matching records from Google Books to the ESTC. I'm now serving on a planning committee for a Mellon-funded project on reimagining the ESTC as a 21st-century research tool, and am also on the technical review board for 18thConnect.

This will be my first THATCamp, and I'm looking forward to seeing what people are up to—and, more importantly, what they'd like to get up to—in DH in eighteenth-century studies